I was flipping through David Lebovitz’s Flipboard articles on my iPad when I came across a recipe for Kouign Amann. I’d never heard of it before, but the photos, his descriptions – I wanted!

I had the ingredients on hand. I read and reread the recipe. I studied the comments from people who’d actually tried making it and that included useful information. I perused the photos. And I can say that it’s absolutely worth the effort. But I discovered that sometimes knowing too much is not a good thing. I know how to make puff pastry and croissants, and on the surface this seemed like the same sort of thing. Not so. Yes, you fold like you do with puff pastry, but I don’t believe the point is to fully incorporate the butter. It’s impossible! Instead, although Lebovitz’s photos were not definitive to my eyes, it seems that the butter is meant to stay in pieces. 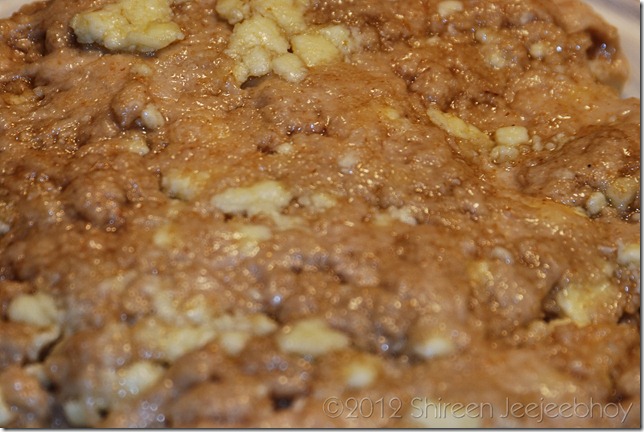 Despite me going off in the wrong direction, I corrected quickly enough.

I made the dough with 1/4 cup of whole wheat bread or hard flour because I like the flavour of whole wheat. Whole wheat though can turn this kind of dough into a hockey puck, so I wouldn’t use more than that even though I use all whole wheat pastry flour in my baking. I didn’t use as much flour as in the recipe. Go figure. That’s why adding flour gradually is a must to ensure the right level of stickiness. But Like another commenter, I did three folds, and like many others, the sugar melted during the chilling process. Since it didn’t seem to affect others’ results, and though I’m not sure how sugar melts in the fridge, I figured this was part of the process…although Lebovitz’s dough didn’t look like that.

I remained skeptical of my efforts, and so I tore off a piece of dough, dropped it into a buttered ramekin, and baked it according to his and a commenter’s directions for 20 minutes at 425F. My oven is running a little cold, and so 425 is probably 420. I may try a lower oven temperature next time for the larger one; for the smaller one, it worked well. 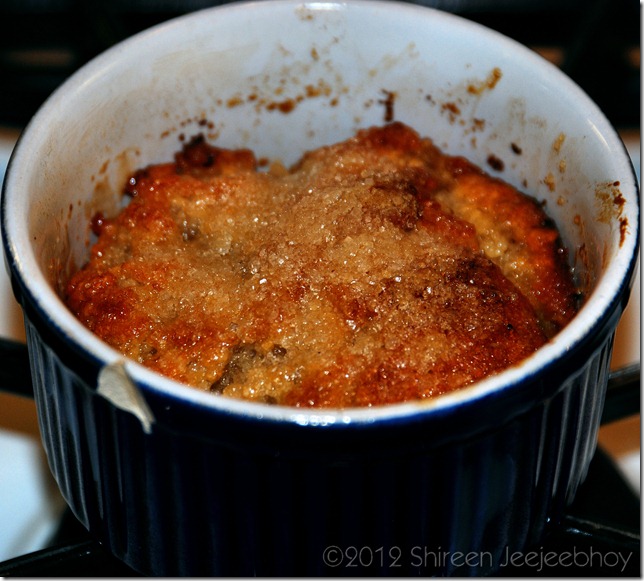 Caramel is hot, hot, hot for too long once you take it out of the oven. And you do need to unmould this within a minute or two of taking it out of the oven. It smells so good, it’s a real effort of will to keep hands off. At the earliest moment, I could, I tried it. Oh my. It was like melted-caramel-soaked dough underneath, crunchy on top, caramelly delicious, addictive, more-ish. 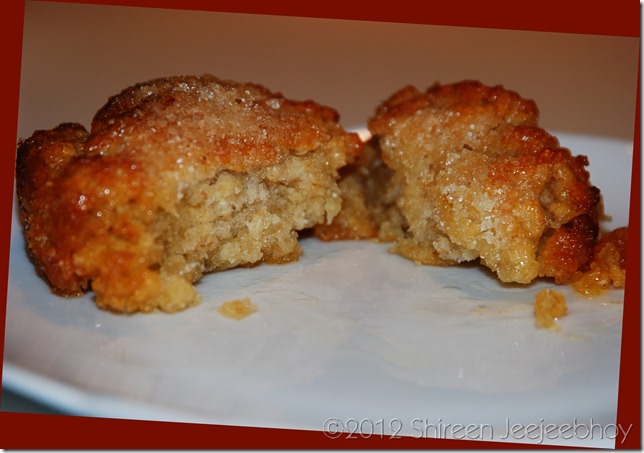 I felt confident about the large one now.

Lebovitz warns that the dough may break up as you transfer it to the baking dish. But it is easy to patch together, as he had said. I used a 23cm pyrex dish and shaped the dough with my hands slightly smaller in radius than the dish. That way the caramel wouldn’t overflow as had happened to others. One commenter used brown sugar; since the sugar on top of my small one had not melted, I used some brown sugar for some of the 1/4 cup granulated on top of the large one. I think next time I’ll use all brown sugar as it still didn’t melt fully. If you like crunchy sugar, granulated works well. 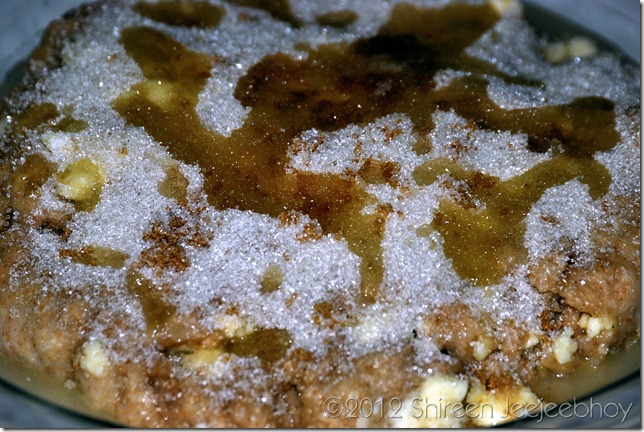 It looks, uh, dreadful going into the oven. But never fear, it works! Since the small one had baked according to the directions, and I have a habit of underbaking, I followed Lebovitz’s directions for time and temp. It baked way, way darker than the small one. (Next time, I’ll check it ten minutes before “done.”) The edges were burnt. I didn’t get the layers (next time, I will roll the dough thicker so the butter bits will not shoot out of the dough). And it absolutely didn’t want to slide out of its dish like the small one had. I had to use two implements to coax it out within a minute or two of taking it out of the oven, and then it split partially open. But when it fully cooled, inside the burnt edges it was oh so crunchy caramelly while the soft interior melted into sweet goodness in the mouth and the underside exploded in caramel addiction.

The results were scarfed up in no time. 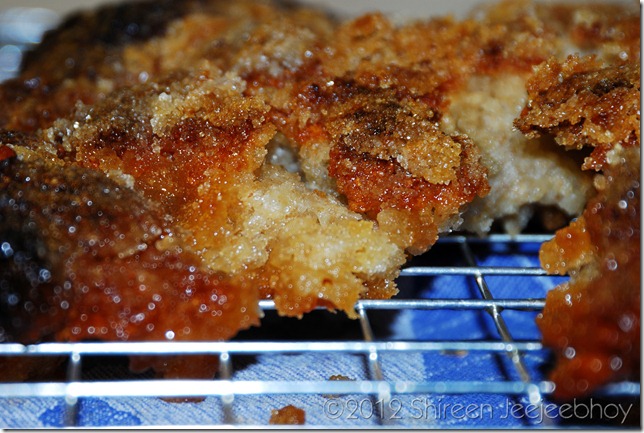 It was interesting that though the small one had no burnt edges and the big one did, the cake interior of the two was practically the same, neither undercooked nor overcooked to dryness. So go check out Lebovitz’s recipe for Kouign Amann.