Introducing Myself to my New Canon CanoScan 8800F 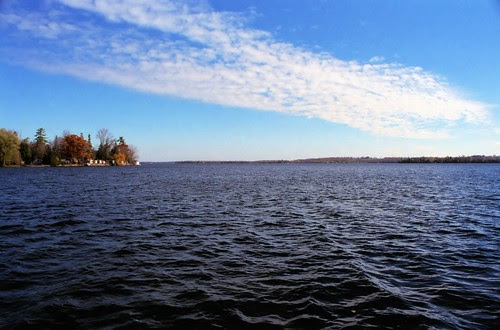 I have a ton of slides and negatives, all nicely organized in binders, that I've wanted to convert to digital for a time, but it's too expensive to have a professional outfit do it and too much of a bother to lug them all to someone I know who has a scanner. Plus there's no way I can do even a few in one sitting. So I finally said to self, "Self, what the heck. Splurge!" And so I did. After reading about the best scanners for film and photos and comparing the Epson V500 with the Canon CanoScan 8800F, I went with the latter. It was the most reviewed and recommended, and almost everyone said it be easy to use.

It arrived this week, a day earlier than expected. Whoo hoo! I yelled, as I galloped to the door to pry it our of the postman's hands. It slid out of its packaging with nary a protest. It isn't too big, looks fine, has nice buttons, comes with a slew of software for Windows and Mac, and it fits beside my computer. Unfortunately, it doesn't seem to work with Ubuntu, but it's early days yet in my experience with it.

Installing the software took awhile but was easy. It's just that there were so many programs to install. Once installed, I plugged the scanner into my computer than into the wall outlet, and I began to use it. First up, a print. I used the default settings of 300 dpi and flexible output size to see what it would do. And then I quickly figured out how to slide in strips of negatives into the film holder and scanned in the negative of the print to compare the two.

First off, the Canon CanoScan 8800F is a LOT faster than my multifunction black and white scanner/copier/printer. Second, there is no comparison between the print scan and the negative scan: the negative is superior. Third, there is very little cropping required after scanning in the negatives as the scanner "sees" the borders fairly well. Fourth, although scanning time is very fast with the default settings, with each increase in resolution, it doesn't take a huge time longer as I had expected it would. And fifth, although the included software is supposed to automatically get rid of dust and scratches during the scanning process, it actually doesn't do a very good job, not in my first attempts anyway. On the other hand, Corel Paint Shop Pro Photo X2 does a bang-up job getting rid of scratches and dust. Plus its one-step noise removal, designed for digital cameras, gets rid of any graininess.

I will next try working with slides as well as continuing to experiment with all the custom settings. Once I find a combination of settings that I like, I will be able to save them and reuse them in future sessions.

This photo is from the negative I scanned. It's a shot I took a few years ago when standing on Judy Taylor's dock behind her first house. Judy Taylor is the subject of my book Lifeliner. After I saved it in the ArcSoft software that comes with the Canon in JPG format, I opened it in Corel, straightened it a bit (though it still looks crooked because of an optical illusion with the land), adjusted it for brightness and shadow, and uploaded it to Flickr. This was taken in 1999 with my first camera a Minolta Maxxum 7000, using Kodak Royal 200 film.