Construction on the Gardiner 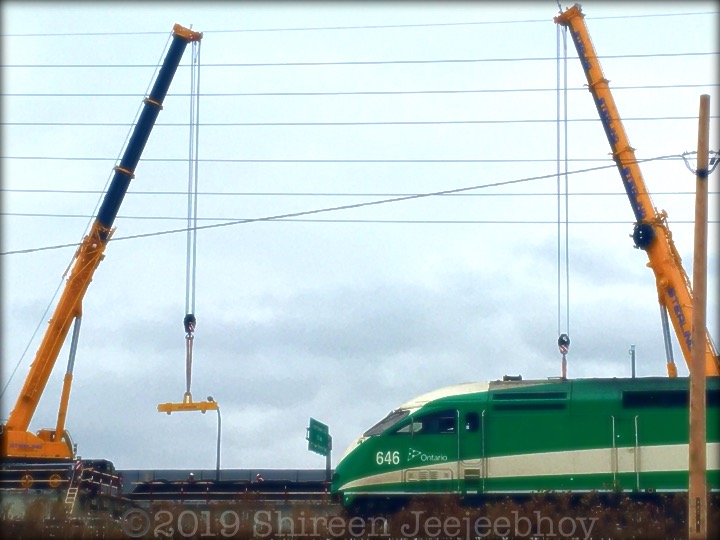 Many progressive Torontonians deride the city for spending so much money on restoring the Gardiner east of Jarvis, citing traffic numbers. My two thoughts on this is that crossing Lakeshore Boulevard is no picnic right now because of the city prioritizing drivers and haphazardly installing Accessible Pedestrian Signals. I can’t imagine trying to cross it at Jarvis if that was the end point! And no, the police do sweet fuck all to protect pedestrians there when they’re directing traffic even though it’s a major crossing point for people buying groceries, walking their dogs, taking their kids to the nearby waterfront park. And second, it provides a safe way to get onto the Don Valley Parkway. Throw drivers off the Gardiner, on to city streets before allowing them back on to an adjacent highway, would only increase the rage factor. Pedestrians would be even more at risk as drivers would see them as another impediment to getting home at the end of a long day. This city continues to add features designed to annoy, agitate, frustrate people with little or no safety and liveability improvement.

So I’m happy they’re restoring this section. It’s also pretty cool to see Canadian engineering at work. Huge machines sitting between live lanes of traffic and rail lines, moving massive highway parts. It’s truly amazing to see how they can rebuild a highway without having to completely shut it down.
Reactions:
Economy Photography Politics Technology Toronto